12 hour work days should be outlawed. That much work really cuts into my gym and CSI: Miami watching time, you know. Also, do not want to sit in front of computer any longer tonight.
Posted by Elizabeth at 8:50 PM No comments:

The joke's on you

The other day at work there was joke posted above the copy machine. Something about the Pope and bread and chicken. It wasn't the funniest joke I've ever read. I'd give it half a chuckle. One of my coworkers read it and said:

A Thing of Beauty

The other day at work we had a "lunch & learn". This is when a manufacturer's rep comes during lunch, brings us food and gives a presentation about his/her product. The man that came the other day brought a terrible lunch from Luby's. Not only was the food gross but he didn't bring enough. We're not Jesus with the fishes & loaves people!

But then he pulled out the Emeco binder and I was blinded by beauty. It was like hearing the angels sing. Now, we'll probably never sell any of these chairs because they are expensive but maybe I can talk him into bringing a demo model into the office. Then I can put it near me so I can touch it and pet it and call it George.

The model pictured here is the Kong chair and was designed by Philipe Starck.
Posted by Elizabeth at 11:20 PM 2 comments:

Forgive me for just a moment while I brag on myself please. But as of today, when I weighed at the gym after work, I have officially lost 50.2 pounds! How awesome is that?!

Check out my before and after photos. The before photo, on the right, was taken for work in the summer of 2005. The after photo was taken in mid March. Why I can never go to prison 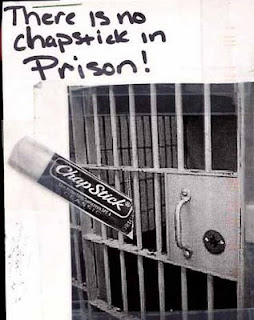 Posted by Elizabeth at 7:15 PM No comments:

A thousand miles from nowhere

Not quite, but might as well be. On Friday I drove to Lubbock. Today I drove back. It's about 400 miles each way. Unless you miss a turn in a small town and drive an hour out of your way. Not that I did that or anything. Sure I used to make the drive to Lubbock a lot. When I was in college. In my 20s. When I didn't mind long road trips. Now the hour long drive to my parents' house can seem too long.

And the scenery...well it's just so beautiful. If you like brown flat landscapes.

Thank god for iPods. Months ago iTunes had a book as one of the free downloads and it's so long that even listening to it the entire drive to/from Lubbock I still have at least 2 hours left.

Unfortunately, I didn't have any time to drive around the Texas Tech campus so that I could do any reminiscing. After living in Austin for so long it was a little jarring to see the black and red double T Texas Tech everywhere. I guess I've gotten used to the burnt orange of ut. And that's just sad.
Posted by Elizabeth at 6:53 PM 1 comment:

This makes me laugh

My favorite Michael Jackson song too. 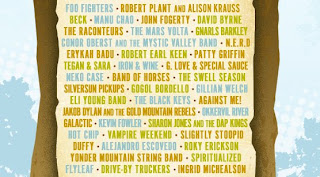 The line up for the Austin City Limits festival came out today. I didn't buy a ticket during the pre-order period and now the 3 day passes are $170. That's a bit much for me. Even though the festival is being held a couple of weeks later this year, at the end of September instead of the middle, it's still going to be hot. And last year I was struck by some kind of martian death virus and let me tell you that it did not mix well with 95 degree heat and porta pottys. On the plus side, I did lose 10 pounds that weekend.

It looks like some of the bands are repeats from past years: Gnarls Barkley, The Raconteurs, Robert Earl Keen, Patty Griffin, What Made Milwaukee Famous. Some new players, and the ones I'd like to see are: N.E.R.D, Silversun Pickups, Duffy (her song "Mercy" was a free download from iTunes and it totally kicks ass) and Flyleaf (they're from Belton, Texas ya'll!).

Who knows, maybe I'll be one of those poor souls trying to buy a ticket from a scalper at the gate on the Saturday of the festival because there are several people that I'd like to hear. Of course, I could remedy that by just listening to my iPod or going to iTunes and downloading their songs. I'm not really one for live music anyway.

If you go to the website and click over to the playlist and then click on the band names you can listen to clips from the bands. Check it out. Buy a ticket! Bring your money to Austin. Boost the economy!
Posted by Elizabeth at 7:41 PM 1 comment: 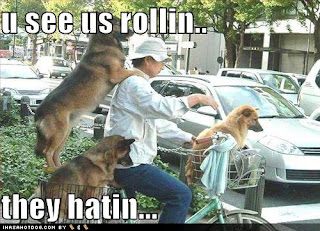 this made me think of when you and El Hombre were pulled over by the Po-po.
Posted by Elizabeth at 9:14 PM No comments:

Brought to you by the letters...

What doesn't taste better with bacon? Well now you can find out by adding bacon salt to your food.

There's even a blog
Posted by Elizabeth at 11:26 PM No comments:

My obsession, Jeffrey Dean Morgan, is single once again. Sweet miracle. Now I just need to hunt him down and make him my love slave. Ahem.

Must be the cupcakes talking.

Sorry.
Posted by Elizabeth at 9:08 PM No comments:

You know how it's never a good idea to go to the grocery store when you're hungry? Well,the same theory can apply to blog surfing while PMSing. Do NOT read cupcake blogs at 7am on Monday morning when you have PMS. You know why? Because you will stop at the gas station on the way to work and buy diet Coke and a Snickers bar. But all day you will really be thinking about the beautiful and delicious cupcakes you saw on Bakerella's blog. You will want to shove them into your face as fast as you can. But since you are a lady (hey! shuttup! I am) you will not do that. Aren't these adorable? Bakerella was on the Martha Stewart show last week (which apparently was cupcake week and I did not know it!) demonstrating how to make these. pink cupcake crisp color boost full size
Originally uploaded by polkadotandplaid
This is another new favorite photo on Flickr.
Posted by Elizabeth at 11:27 PM No comments: I've got color 2007
Originally uploaded by supershoppertoo
The other day I was browsing on Flickr, as I often do, and I stumbled upon this photo. These colors are terrific. I just love this kitchen. It's so bright and cheery. In fact, ya'll need to click on over to this woman's photos and check out the awesome job she did on remodeling her 1956 ranch. It's amazing.
Posted by Elizabeth at 11:17 PM No comments: 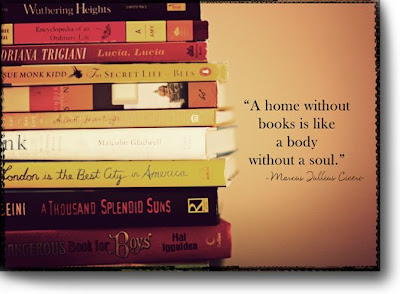 stupid blogger. I wrote a long, witty, fabulous post and stupid blogger's autosave didn't work and then there was an error when I tried to publish it. Now my brilliance is lost forever.
Posted by Elizabeth at 11:03 AM No comments:

Just thought I'd clue y'all into some blogs that I've recently started reading.

Fail Dogs never fails (heh) to crack me up.

I*Heart*You is a fellow Texan. She posts about things I want to buy. She really likes that show The Hills on MTV and posts about that too. Those posts I don't really read because I don't watch that show. Sorry!

LOL Dogs. Like LOL Cats, but with dogs. Almost as funny.

Urban Grace Interiors is an interior design blog. She's posted some photos of spaces she's designed and they're terrific.
Posted by Elizabeth at 9:25 PM 1 comment:

Woe is me. I have been a big ol' whiny butt lately to friends, family and coworkers about my migraines. I'm pretty sure they all just want me to shut the hell up. But guess what?! Now you call all hear me complain too! My neurologist is having me keep a headache diary for the next three months. In March there were only 6 headache free days. The last 2 weekends I've been pretty much crippled by migraines. Right now I'm pain free, after hurting all day long, but I feel much like my pregnant coworker...about to hurl at any second.

This is not fun. My doctor says it's part genetics (thanks Grammy!), part hormones (welcome to your early to mid 30's!) and the weather. None of which I can do anything about. Well maybe the weather, if I moved to Arizona where it doesn't rain much. The barometric pressure is probably pretty constant there, I would think. And there does seem to be a job there for me. Hmmm. Yeah, no. It's too hot and dusty there and I love Austin.
Posted by Elizabeth at 6:41 PM 1 comment: